Background and details about Dave Wood 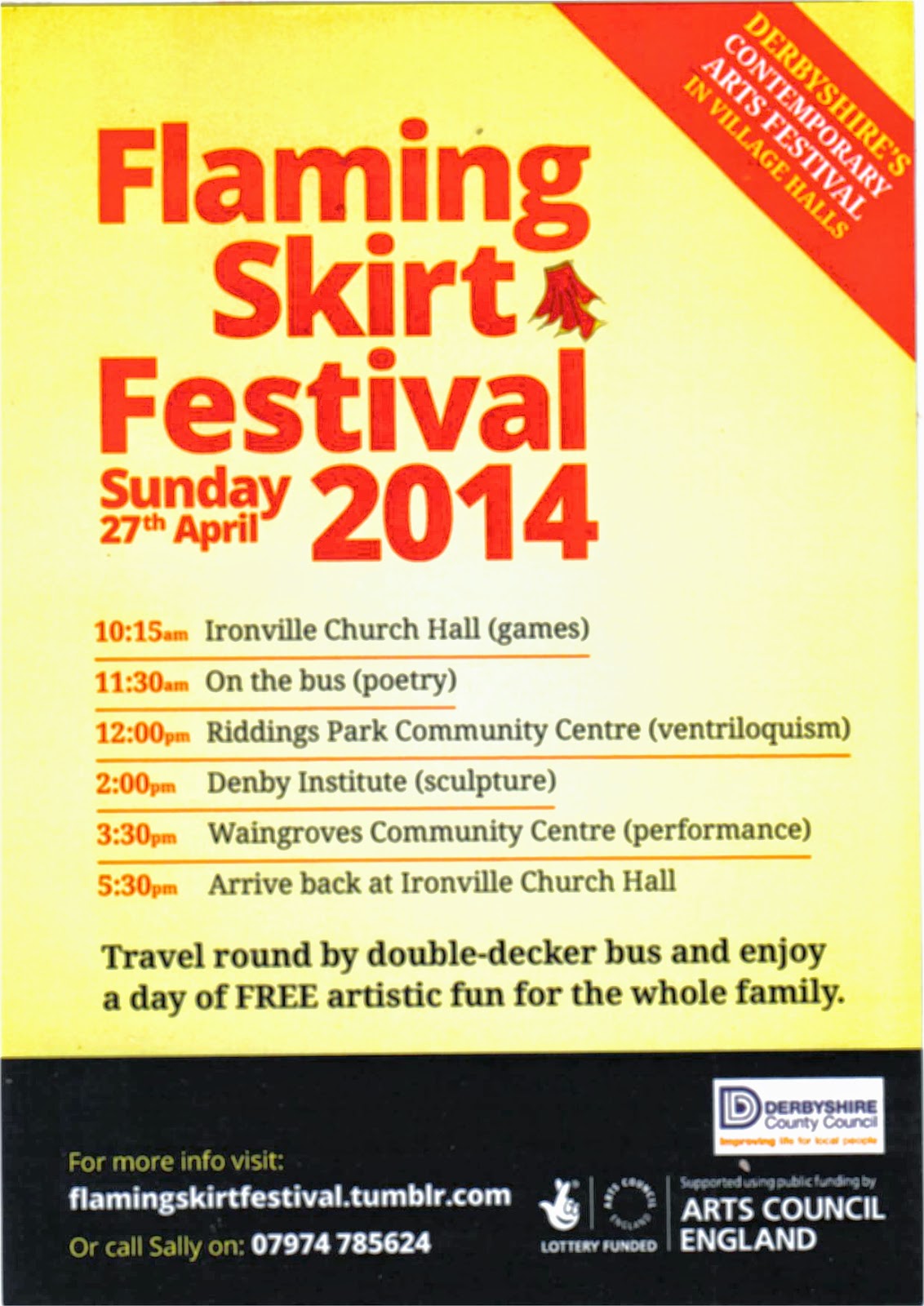 In general
I began my career in creativity in 1988 with community arts collective, Word And Action (Dorset) Ltd.  I write, paint, sculpt and run community arts based sessions.  I have a keen interest in the environment, recycling where I can and using green materials.  I am dedicated to working solely 'in the round'.


2014
I've just completed nine days for Sheffield's Festival of the Mind creating haiku for visitors to the old Co-op Department Store. Recently I spent five days on a project for Transported as Dr Rhyme, enabling visitors to the mobile library service to access a new poem written for them and/or a personal reading.  I've been involved in the (Derbyshire) Borrowash Project, Unexamined Lives. talking to and recording those local to the area and creatively responding to it.  I've been Wandering Poet at Lincoln Inspired as Dr Rhyme and facilitator of the Creative Washing Line of Thoughts on the Flaming Skirts Festival bus (see jpeg above).

2013 - 2014.  I was trainee on the Opening Up Archives scheme from The National Archives, taking on board digitisation skills, online community engagement, and document handling as well as basic archives skills. During this period I studied a diploma in Outreach and Education: an introduction to the Promotion of Archives.  I came out with a B2 (63 - 68%).  While this was happening, I continued to offer creative sessions.

2012.  I created various commissions for birthdays, romances, beards and, erm, dog poo (yes, really).  I was also asked to be one of the artists for Excite, Inspire and Engage Erewash; the Coal Age, creating a walk-on board game, sculptural coal and a soap opera called, 'Trouble at T'Pit'.  I am nominated for the Octavia Hill Award by the Woodland Trust for my Creative Perambulations of Sherwood Forest project.

2011/2012 -  I ran a very exciting project connected with Sherwood Forest. This was financially supported by the National Lottery/Arts Council England.  The ramble around the 1662 perimeter of Sherwood Forest involved walking with the public, enabling creativity (poetry, story and performance) and the launch of a broadsheet of imaginative contributions from the public.

I completed a project for Newark Museum Service through MuBu. Published in 'Unsaid Words' and February's 'Living for Tomorrow' magazine.  I've been in the LEAMAC Open Art Exhibition 2011.

I create a performance piece for the LEAMAC preview. 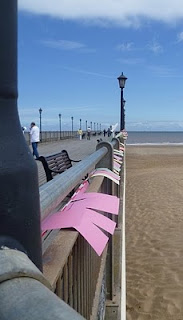 2010. I win 1st in acrylics in LEAMAC for my painting, man walks dog. I use my acting to help train doctors in communication skills and for role play in Child Protection Issues. I work at Skegness SO10 festival and with Mantle Arts. I run creative sessions for the British Art Show at the NAE and the Nottingham Contemporary.

2009. I concentrate on my artwork, my writing and my allotment. I join forces with musician, Vic Scott and others to create typeface; quirky poetry and music ensemble. Myself and Emma Fawcett share an art exhibition at the NSA. My artwork is accepted in the Leicester Open. 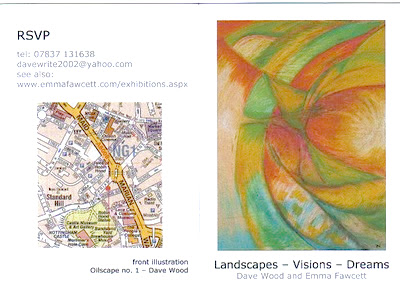 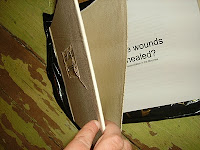 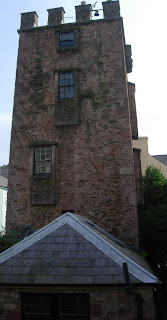 2003 – 2004 - Working visit to Northern Ireland creating a compare and contrast collection of poetry on the past and present. Project supported by and output posted on award winning website www.sluggerotoole.com  with output posted on www.davewoodinireland.blogspot.com.
Poetry performance, joint sponsored by Notts Library Service (BSL interpreted)
Commission - poem and reading at Belper Arts Festival for St Swithun’s Church
Developed new writing courses: ‘Creatively Developing’, ‘Confidence and Creativity’,
‘Creative Writing and Collage’, ‘Blowing the Dust off your Biro’ and ‘Making a Manuscript’.
Writer in residence for Surface Gallery, Nottingham,
Commissioned poem and reading for civil partnership, Laura and Hanna

1988 – 1998 - Toured with international theatre and publishing company, Word And Action (Dorset) Ltd’. During this period, my poetry appeared in ‘Egg Cups’, ‘The Green and White Bag’, ‘South’, ‘From Colditz to Bangladesh’ and ‘Doors’. I also fulfilled poetry commissions and my first play, ‘The Pink Cog’, was performed in Dorset and at the International Theatre in the Round festival, London.

I've also been on the following training courses:


Walk Leader Training (including planning a walk, risk assessments and health and safety.